Robert Stewart, 1st Duke of Albany lived from 1340 to 3 September 1420. He was an illegitimate son of the future King Robert II of Scotland and of Elizabeth Mure of Rowallan, but became legitimated in 1349 upon his parents’ marriage. Robert, who also at different times carried the titles of Earl of Mentieth, Earl of Fife, Earl of Buchan and Earl of Atholl, is one of the darkest figures in Scottish history (a close rival for the title of the darkest being his younger brother Alexander, the Wolf of Badenoch). He was a man whose cunning and ruthlessness enabled him to wield great power during the reign of three Scottish kings; who murdered his nephew, the rightful heir to the throne; and who very nearly subverted the succession in favour of his own son. The wider picture in Scotland at the time is set out in our Historical Timeline.

Robert Stewart was the third son of Robert II, who acceded to the throne on 22 February 1371. His eldest brother, and heir to the throne, was John, Earl of Carrick. In November 1384, Robert II – by now ill – was sidelined (in effect, deposed) in favour of John, Earl of Carrick, who became Guardian of the Kingdom. However, John was seriously injured by being kicked by a horse in 1388, something he never recovered from. Robert II took advantage of John’s injury to appoint the younger Robert Stewart as Guardian of the Kingdom in place of John.

On 19 April 1390, Robert II died and was succeeded by John, Earl of Carrick. Because of the bad press associated with the only King John that Scotland had ever had, John Balliol, becoming “John II” was thought politically undesirable, so the Earl of Carrick became Robert III of Scotland instead. This is unlikely to have endeared him to his younger brother Robert Stewart, who had probably seen himself succeeding to the crown with that title.

It is unlikely that Robert Stewart ever really released the reigns of power to his older brother Robert III, and for part of his early reign still retained the title Guardian of Scotland. By 1398 Robert III’s health was restricting him so much that the Scottish Parliament appointed his oldest son, David Stewart, 1st Duke of Rothesay to be Lieutenant of the Kingdom and rule in his father’s place: at the same time they made Robert, until then usually referred to as Earl of Fife, the Duke of Albany.

David provoked an English invasion by an ill-judged and arguably bigamous marriage, then failed to prevent the English capturing Edinburgh before they retired. He then went on to make a number of other decisions that made him increasingly unpopular. Robert took advantage by arranging for David to be arrested and imprisoned in St Andrews Castle, before moving him to Falkland Palace. David died during his captivity at Falkland Palace, aged just 24, in March 1402. The General council of Scotland, largely under the control of Robert, concluded that David had died “by divine providence and not otherwise”. The truth seems to be that David was starved to death at the command of his uncle.

Robert III, now largely sidelined in his own kingdom by Robert, Duke of Albany, sought to protect his remaining son James Stewart by rallying support for him, making him Earl of Carrick, and making Stewart lands in the south west of Scotland into a separate principality for him. In early 1406 James’ supporters were beaten in battle by the forces of Robert, Duke of Albany near Edinburgh. James went into hiding, first at Dirleton Castle in East Lothian, then on Bass Rock. He was eventually rescued by a merchant ship from Danzig. However, this was intercepted by pirates off Flamborough Head and James was captured, before being handed over to Henry IV of England. On hearing the news Robert III died on 4 April 1406. Accounts differ about whether Robert, Duke of Albany had any hand in the capture of James Stewart, who became James I on the death of his father.

With James I a captive of the English, the Scottish Parliament appointed Robert, Duke of Albany, as Governor and Regent of Scotland. Amongst his duties was negotiating with the English for the return to Scotland of James I to take control of the country Robert was happily running himself. Unsurprisingly, progress was very slow indeed, leaving Robert a free hand to rule as if he were king: and James in English captivity.

And it has to be said that when set alongside the more legitimate occupants of the throne of Scotland across the centuries, Robert, Duke of Albany did a pretty good job of running the country. His most enduring architectural relic is at Doune Castle, while the most significant event during his rule was the Battle of Harlaw on 24 July 1411 near Inverurie. This was possibly the most bloody battle ever fought in northern Scotland, and was a fight for the Earldom of Ross (and effective control of the Highlands) between Alexander, Earl of Mar, and Donald, 2nd Lord of the Isles.

The battle was inconclusive, allowing Robert, Duke of Albany to step in and take control of the Earldom of Ross. Robert continued in power until his death in 1420, at the age of 80, and after effectively ruling Scotland for 32 years. He was succeeded as Governor of Scotland by his son Murdoch, 2nd Duke of Albany. All that Murdoch really inherited, however, was the wrath of James I who had Murdoch executed as one of his first acts when he eventually returned to take up his long-delayed reign in Scotland. 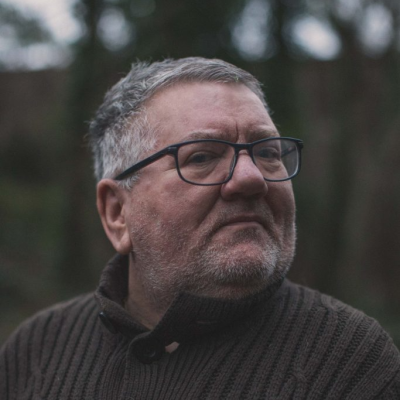 Considering this world is real, Where people live, and often feel Environments are in danger of dying, Do we want…

Let's all go to the Beach Today!

So we have finally left And now we can all move on The rivalry has diminished The hatred hopefully gone.…